Are you planning to launch a startup but still have no idea that’s worth the effort?
Max Gurvits, Director for CEE, CIS, and MENA at Cross Border Angels (https://crossborderangels.com/global/), tells how to choose an effective strategy and business approach, pitch your idea, attract mentors, and succeed even in a highly competitive market.

You are working with startups from various countries: India, USA, Spain, and many others. How does the business approach of entrepreneurs differ there?

It doesn’t really differ a lot. Entrepreneurs are hustling and solving problems, and that’s kind of the same everywhere. What’s different is the culture of doing business and with that the likelihood that a project takes off, locally or globally.

For local projects, it’s best to stick to local business practices and business development traditions. In Eastern Europe, this often means using informal networks and favors. In India, this often involves caste or city-of-origin networks, and the ability to scale employment within your community. In the tech sector in the US, it’s all about hiring proven business development talent from other tech firms.

What’s important is to understand what exactly you’re trying to achieve. If you’re building something global, you really need to adhere to Western-style business tactics. But if you’re doing something locally, you probably shouldn’t adhere Western-style tactics at all.

What are the most promising sectors and markets for startups?

In the last years, we’ve moved on from building companies that get people to switch from offline solutions to online ones, to building technology that improves online processes or makes it easier to implement technology in everyday life. Hard-tech like AI, data science, robotics, and blockchain engineering is becoming the standard in tech, compared to UX, marketing, and usability in the previous wave. That has already been understood and implemented and is now moving to the corporate and public mainstream, which you see with the growth of design thinking and other such startup-originated methodologies. In terms of markets, for technology, it’s still mostly US-first, although the number of clones or lookalikes for secondary markets is growing as well.

What is more important for startup success: the pitch or the idea? Why?

Why do you choose an aggressive growth strategy for startups?

I wouldn’t say aggressive, but startups are like careers in consulting; it’s up or out.

Startups still aren’t businesses; they’re experiments in search of a business model. For that model to be proven and to remain sustainable, you need to grow from idea and prototype to traction and market share. That could be called an aggressive strategy, and if at any of these points you stop growing, the experiment should be considered to have stopped (or failed). Which isn’t a drama, you just need to start with another one. And then more. And that’s how people learn to become great entrepreneurs.

Could you give some piece of advice on how can a startup survive in a high-competitive market?

There are many ways of survival. The most important one is not giving up, which surprisingly a lot of less-experienced people end up doing. Then it’s about retaining people and making sure there’s money in the bank. Finally, like for any business, it’s about happy customers. If you can’t make them happy or keep them happy after a while, you won’t be competitive.

Why does the situation happen when a startup fails after getting funded?

Funding is really way too overemphasized in the startup community. It’s neither mandatory to raise external funding to become successful, nor is it even indicative of success. It’s just one of the thousands of things you do or don’t, like hiring people, getting a website or logo, changing co-founders, or pivoting the business model. Sometimes you need funding and you get it. Sometimes you need it but you can’t raise. Other times, you don’t need it and you still raise. There’s absolutely no correlation between fundraising and startup success. I guess, to answer your question, what often happens is that people raise and then lose focus and spend money on stuff they don’t need. It certainly happened to me and to many others that I know.

What are the best ways to attract investors and mentors to the business?

To network in the places and communities where people that have experience in what you’re trying to do to exist. That could be your own city, or Silicon Valley, or anything in between. The ability to find, attract, and retain the right people, wherever they are, is a pretty key part of being a good entrepreneur.

Is it possible for a startup to grow fast without joining any community or ecosystem?

Totally possible, but not always desirable. Communities exist to help people solve problems, like hiring experts, having a pool of early users, etc. People sometimes end up spending more time in the community than on their own company, and that’s not very good. But it’s also a matter of personal development, so we can’t be too harsh on them. The whole thing with entrepreneurship is that it takes a while of doing it to become good at it. Nothing happens overnight or at the first try. So communities are an important thing because they allow people to go through that process.

It’s inevitable that some people will fall out, and then others will join and continue what they left. That’s how life works and every single industry has communities or ecosystems for that reason.

Why Startups Need to Think Global from Day One?

How Can a Startup Survive in a Cruel World? Interview with ehvLINC 19 Best About Me Page Examples and How… 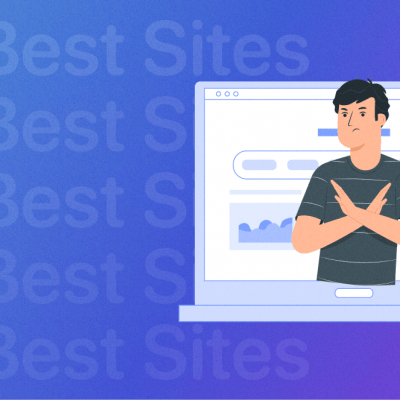 How to Make an Interior Design Portfolio with… Business Portfolio: What is It and How to… 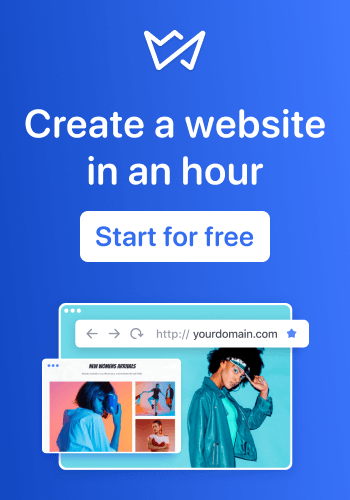